I have been dreaming about reviving this patio for a long long time now. I am so happy to announce that it is finally done!

If you read my last post, “The Side Patio- Phase 1” then you know I gave myself a pretty crazy deadline to get the stenciled concrete done. But I did it! My lower back is still a bit mad at me, but hey, its totally worth it!

So as of one week ago, I had the patio painted with this paint stenciled with this stencil up to this point:

It looked great, but it was a bit flat. I really wanted a black and white patio so I went for it with black paint. This is where we are now:

I knew I wanted black, but I didn’t want to re-stencil the entire patio. So I slowly kept adding black paint to different stars until I achieved a good ratio of black to taupe. I also decided to do a “rug” look so there is a border around the entire patio. I think it defines the space nicely.

The obstacles seemed never-ending on this project! Not only did we have a quick deadline, but it rained so much.  The fact that we have construction happening next door didn’t help with keeping everything clean.

However, we prevailed and the patio is stenciled.

We had 3 parties in 7 days. All were intended to be outside. One was a total wash from rain. The other two parties went great and helped me see how well this patio (when opened up to our deck) can entertain. I wish I had done this project sooner.

The best compliment we received was from a well traveled couple that said it was like they were at a European restaurant. The Parisan cafe music I had on in the background probably helped influence that comment, but I’ll take it just the same. đź™‚

So no more talking…… take a look at these before and after pictures: 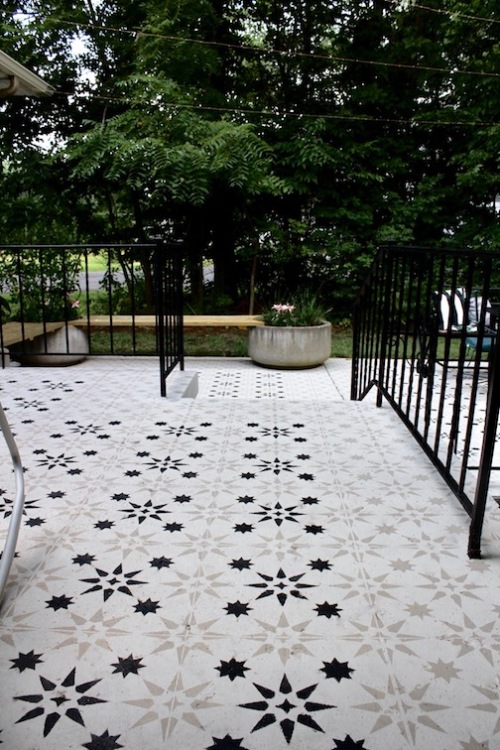 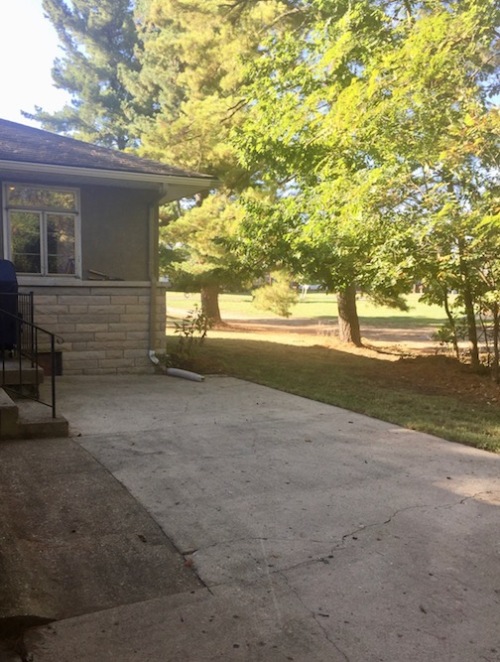 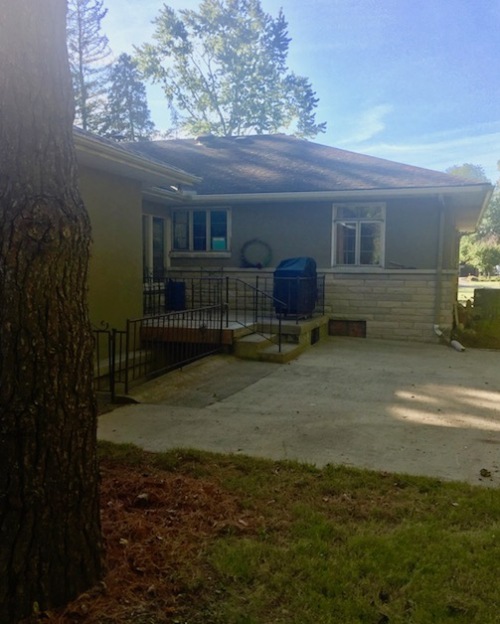 OK, so I said the talking was done, but what about these benches that Courtney made?! We have been carrying around these 3 concrete planters for years. They have never seemed at home anywhere we put them….until now. We needed some seating that could stay out and endure all the weather we get. The idea of some greenery on the patio was something I loved. So over the 3 pots rolled (that statement is incredibly misleading as they are beasts), we placed them in each corner and started taking measurements.

We had a few options as what to make the benches out of. We decided on treated decking lumber as it is incredibly durable for our area and we were not in the mood to turn this bench into a $500 maybe it will work, maybe it won’t kinda project.

Courtney formed the benches, used a jigsaw and followed the curve of the pots. The edges sit right on top of the pots and allow the greenery to billow over. I am so happy with how this last minute addition turned out.

Whats best of all, for our big parties we were able to put two rectangular banquette tables at these benches and accommodate 10 people! 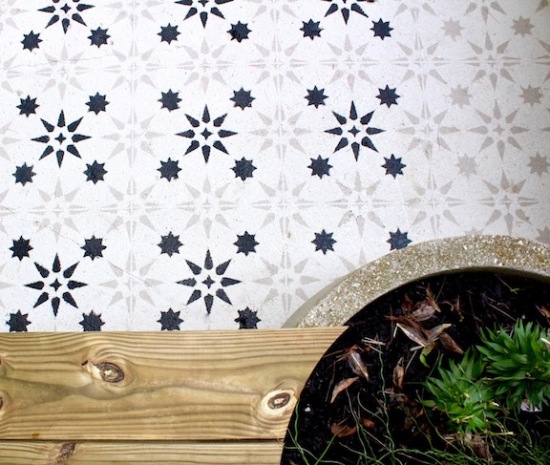 And one of my most favorite parts….. all the string fairy lights! I have been out every evening since we hung them and enjoyed a few minutes of peace. 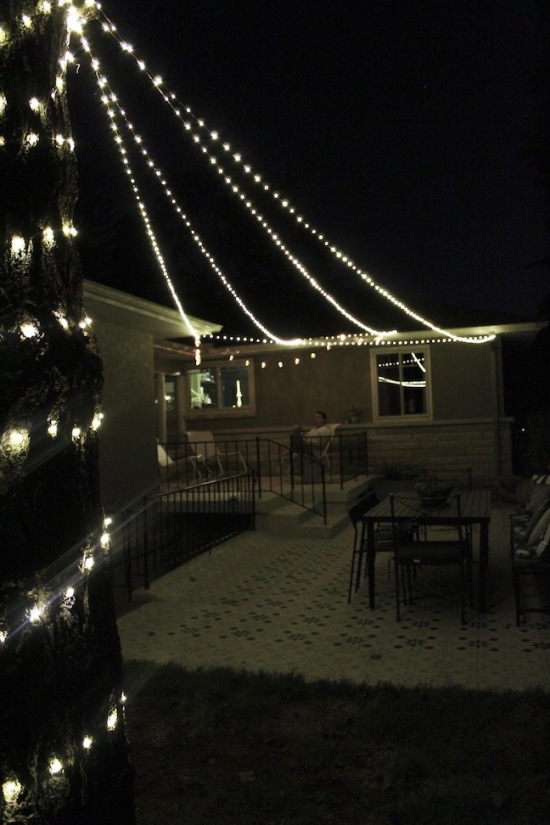 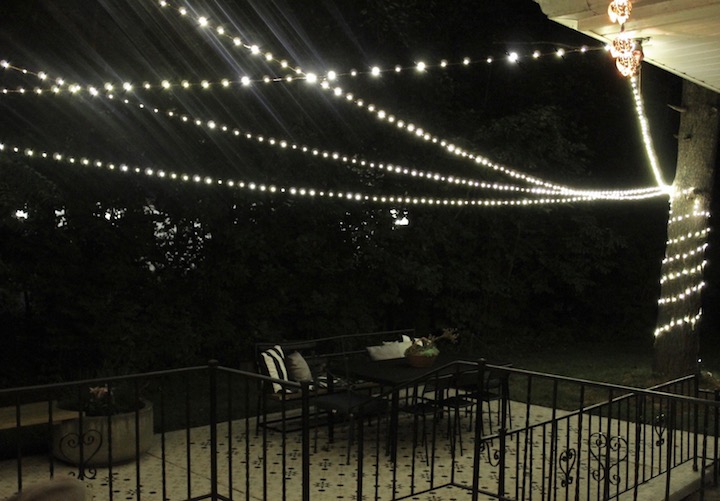 The side patio ends.

Until we start our pizza oven…..

UPDATE!!!! read here to see how the patio paint held up after the first winter and spring!!

2 thoughts on “The Side Patio Reveal”